The present multiple Case Report aims at constructing a new hypothesis on the difficulty to get pregnant as a potential neurological problem due to a wrong swallow. The correct swallow stimulates trigeminal neuro-receptors of Naso-palatal nerve. This stimulation, through the intervention of Locus Coeruleus, produces serotonin and melatonin in the pineal gland. The reduced production of melatonin, caused by an alteration of swallowing, allows the prolactin’s increase with its negative effects on the outbreak of the ovarian follicles. The rehabilitation of swallowing clearly lowers the production of prolactin and normalizes the functionality of the ovaries allowing conception.

In recent years, many studies have been done on the importance of melatonin, correlating it to the circadian productions of the CNS (1, 2, 3), but little was known about the induction of its production. Melatonin and serotonin are two sides of the same coin, both produced by the pineal gland, the first during the night and in the dark, the second during the day, through the modification of a radical. What has long been unknown is that the production of these substances is regulated through the Locus Coeruleus from stimulation of Trigeminus nerve, which is the only important afferent nerve in this nucleus. (4)

The studies on trigeminal functions – amongst them those performed by  the University of Pisa – indicate a close relation between trigeminal stimulation and the release of neuromodulators by the CNS – which applies in particular to the functions of the “Locus coeruleus”.(5)

Our attention was addressed to the function of the II trigeminal branch, especially to the naso-palatal nerve, around which not many researches have been done so far. Early studies about it are due to Halata and Bauman of the Hamburg University. Examining many animal species, the presence of five kinds of receptors was revealed in the palate where the naso-palatal nerve emerges (6).

In past years, no one could have imagined that the improper swallowing could cause general effects  and, even more, that affects the production of neuro-hormones, but latest studies have shown that correct swallowing is the basis of accurate trigeminal information. During physiological swallowing the tongue gradually rises against the palate pushing the food towards the pharynx. The tip of the tongue pushes a fixed point on the naso-palatal nerve’s receptors.

If swallowing is incorrect, the tongue is far away from the palate, positioned between the teeth or pushing against the teeth, but never against palatine receptors. (7, 8, 9)

Two theses, conducted at the Sapienza University of Rome, have shown that the trigeminal stimulation is able to improve the production of serotonin and melatonin previously depressed (10, 11).

Our interest in the melatonin secretion started when some adult women treated in our medical clinic for their temporo-mandibolar joints’ problems (which are often related to swallowing alterations) found themselves inexplicably pregnant, despite having tried, with no positive results, to conceive for years with the help of drugs and hormones.

All the patients had blood prolactin levels two to ten times higher than the normal value. Following a cycle of Myofunctional Therapy to correct swallowing problems, the serum prolactin level unexpectedly returned to normal.

Having a lack of specific knowledge on the effects of prolactin, I tried to document myself and I came across an article stating that “prolactin is very important after childbirth promoting the production of milk … and preventing the outbreak of ovarian follicles thus impeding the mother to get pregnant while breastfeeding”.

The acceptable explanation may be that the lack of stimulation of the trigeminal palatine receptors causes a melatonin decrease and, at the same time, a prolactin increase. The rehabilitation of the swallowing function, leading the tongue to stimulate the palatine receptors, would create the conditions for a rebalancing of these neuro-hormones.

We studied 46 women with damage to temporo-mandibular joints and incorrect swallowing.

During the anamnesis, they all referred their difficulties in getting pregnant. All of them were treated, often for several years, with hormone based therapy without getting the desired results, which instead were achieved after two to three months’ cycle of Myofunctional Therapy.

The techniques for the evaluation of the serum prolactin values are unfortunately different and therefore the results are not always comparable.

In any case, despite the different measurement methods adopted, the serum prolactin levels tested in all women were about two to many times over the normal value.

Some  patients reported to be under Parlodel treatment, which even though in some cases it restored the serum prolactin to normal values, it had no effect on pregnancy.

The case with less excess prolactin

Prolactin serum level at the beginning of Myofunctionale Therapy

The case with the most excess prolactin

Prolactin serum level at the beginning of Myofunctional Therapy 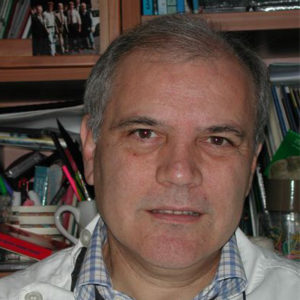